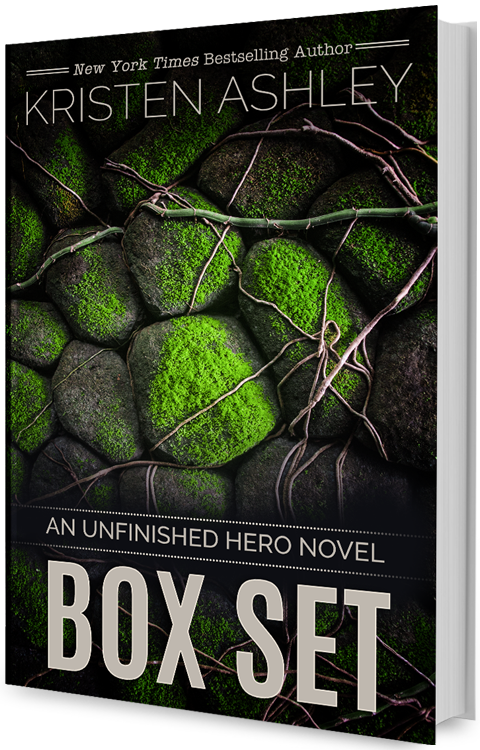 Yes, you guessed it from that title, beneath this beautiful cover you’ll find the entire Unfinished Hero series including Knight, Creed, Raid, Deaconand Sebring! All at a discounted price!

So if you’re ready to dive in and get down and dirty with my anti-heroes and the women who love them, hit this set and get them all for a reduced price.

Hanna Boudreaux has lived in the small town of Willow, Colorado all her life. The great-granddaughter of the town matriarch, she’s sweet, cute and quiet.

Hanna has a moment of epiphany when she realizes her crush for forever, Raiden Ulysses Miller, is not ever going to be hers. She sees her life as narrow and decides to do something about it.

Raiden Miller is the town of Willow’s local hero. A former marine with the medal to prove his hero status, he comes home, shrouded in mystery. It takes a while but eventually Hanna catches his eye.

But after all these years of Raid and Hanna living in the same town, the question is, why? Is Raid interested in Hanna because she’s sweet and cute?

Or does Raid have something else going on?

Deacon has an ugly history, a history that broke him, leaving him a ghost of a man. Out of necessity, he left the normal world to descend into the criminal world and found he fit. So he stayed. Cold as ice and living off the grid, Deacon has no intention to connect, not with anyone.

Then he returns to some remote cabins in the Colorado Mountains and finds they have new owners. One of them is Cassidy Swallow, a young woman willing to work hard to live her quiet dream in a house by a river surrounded by aspen and pine.

Suddenly, Deacon finds he’s at war. Cassidy’s pull for him to connect is strong. He fights it, but he loses, always coming back for more. But when he does, he gives her nothing.

From the first time she sees him, Cassidy knows Deacon is dead inside. She knows he’s the kind of man who could destroy a woman. But one night when Deacon’s control slips, Cassidy takes a chance. 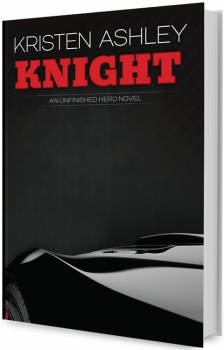 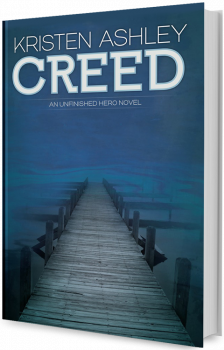 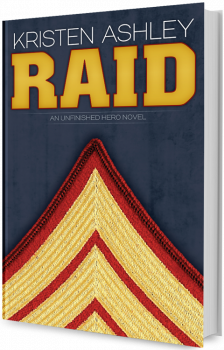 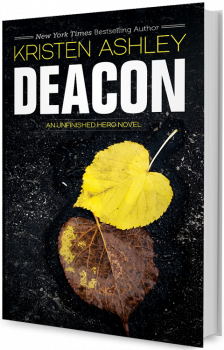 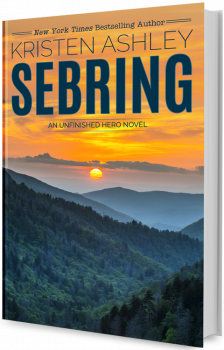