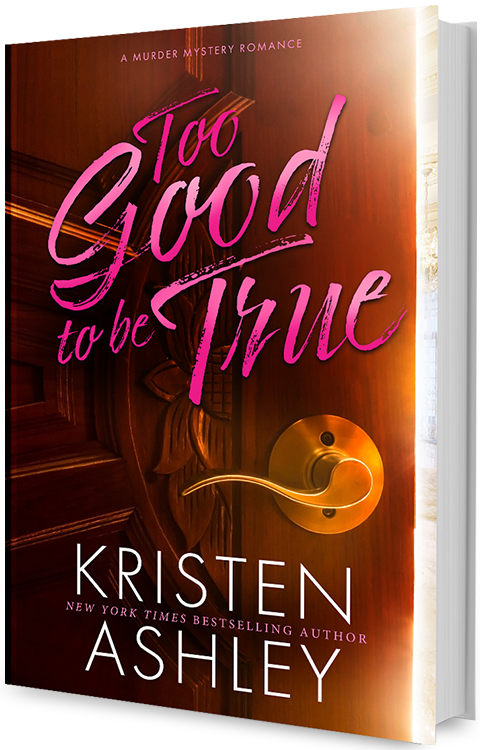 Heiress Daphne Ryan is uncertain about spending a week at the sprawling country estate of the family of her sister’s boyfriend. For starters, she doesn’t get along with her sister. Then there’s the fact his family is old, wealthy aristocracy, and Daphne’s from brash, new American money.

Mostly, it’s that everyone knows Duncroft House is haunted by the ghost of a 1920s film star who died there. Deemed an accident, for nearly a century, people are sure it was murder.

Daphne doesn’t like scary things, say…haunted houses. She likes it less when strange things start happening to her when she arrives.

But she finds she has a surprising ally.

Ian Alcott, the heir to the earldom, is rich, gorgeous and just as concerned about the frightening things that keep befalling Daphne at his ancestral family home. As he moves to protect her, Daphne finds he’s also funny, kind and sexy as hell.

Indeed, he just might be too good to be true.

Too Good to Be True is a murder mystery romance debuting on Kindle Vella on February 1, 2023. Expect new episodes every Wednesday and Saturday until the mystery is solved!