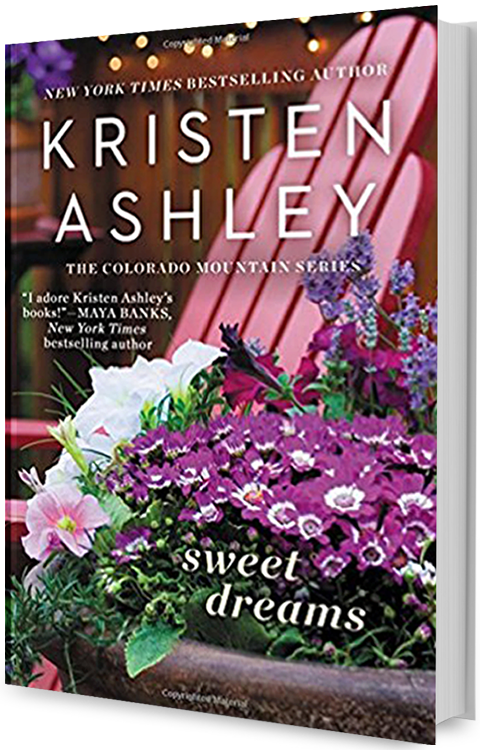 This edition is a re-release of Sweet Dreams with a different cover in trade paperback, measuring 8×5¼, unlike the mass market “pocket books” paperback.

Lauren Grahame has spent her whole life thinking something special was going to happen. She didn’t know what it was, she just knew it would one day be hers.

But she learned the hard way that special wasn’t on offer.

After divorcing her cheating husband, Lauren searched for nothing special and she thought she found it when she landed a job as a waitress in a biker bar in Carnal. It was perfect…a nothing job in a nowhere bar in Nowheresville.

Then Tatum Jackson walked in. Part-owner of the bar, he took one look at high-class Lauren and wanted nothing to do with her. And he made this known, loudly.

Tate’s angry insults seared in her brain, Lauren decides the feeling is mutual and she doesn’t want anything to do with the gloriously handsome Tate Jackson. The clash of the bartender and barmaid begins, but even though Tate makes his change of mind clear (in biker-speak, a language Lauren is not fluent in), Lauren is intent on going her own way.

Until a serial killer hits Carnal and Lauren finds out Tate isn’t a bartender, he’s a bounty hunter. He stakes his claim for Lauren before he goes on the hunt for a killer. But Laurie doesn’t speak biker nor does she understand bounty hunters and Tate comes back from the hunt to find his old lady has moved on.

Life throws curveball after curveball at Laurie and Tate as secrets are revealed, women are brutally murdered, Tate leads Lauren to special and Laurie tries to find her inner biker babe.