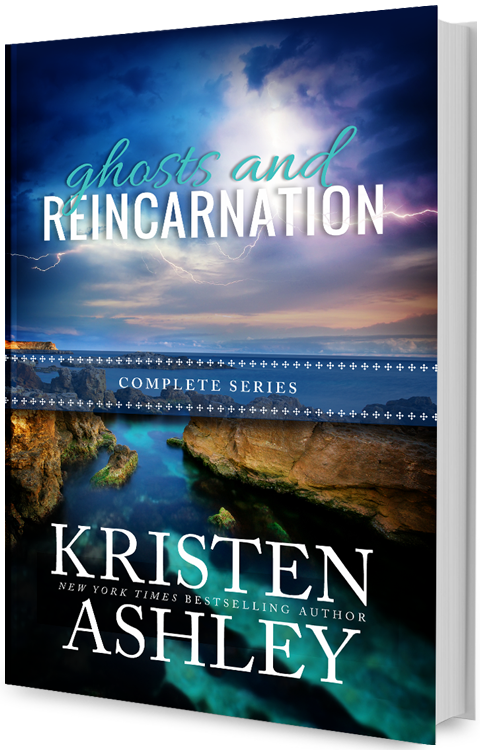 You can get the entire Ghosts and Reincarnation series in digital all in one go at a discounted price per book!

That’s right, Sommersgate House, Lacybourne Manor, Penmort Castle, Fairytale Come Alive and Lucky Stars are all right here for you to have in one place and they have their own beautiful cover!

In 1522, the very night they were wed, Royce Morgan and his new bride, Beatrice Godwin, were murdered on their way home to Lacybourne Manor. After the cruel deed was done, a local witch came across their bodies, witnessing firsthand the tragedy of star-crossed lovers. Vowing that Royce and Beatrice would someday uncross those stars, using magic mixed with murder as well as true love, she linked their spirits together with hers (because someone had to protect them) forever…or until their reincarnated souls find happily ever after.

Now arrogant forbidding Colin Morgan lives at Lacybourne. He knows from lore (as well as the portraits of Royce and Beatrice that hang in Lacybourne’s hall and the small fact that he looks exactly like Royce Morgan) that he’s the reincarnated soul of his ancestor.

One stormy night, flighty, free-spirited, scarily-kind-hearted Sibyl Godwin comes to Lacybourne and it doesn’t escape Colin’s notice that Sibyl is the spitting image of Beatrice.

However, murder, magic, a warrior’s heart beating in a modern man’s chest, a woman bent on doing good deeds even if they get her into loads of trouble, a good witch whose family has vowed throughout the centuries to protect true love, distrust and revenge make a volatile cocktail.

This means the path to happily ever after is paved with tranquilizer darts, pensioners on a rampage, Sibyl’s bad morning moods, heartbreaking misunderstandings and all kinds of magic, good…and bad.

Cash Fraser is planning revenge and to get it he needs the perfect woman.

So he hires her.

Abigail Butler has lost nearly everything in her life and she’s about to lose the home she loves.

Cash meets Abby, who’s posing as a paid escort, and the minute he does he knows he’s willing to pay for more than Abby being his pretend girlfriend. A lot more. Abby needs the money or the last thing that links her to her dead family and husband will be gone. The deal is struck, but both Cash and Abby get more than they bargained for.

Cash realizes very quickly that Abby isn’t what she seems. And while he changes strategies, Abby finds out that Cash’s legacy, Penmort Castle, is like all the tales say—very, very haunted. Making matters worse, the ghost in residence wants her dead.

Abby’s found herself in the battle of her life (literally) so she enlists Mrs. Truman, her nosy neighbor, Jenny, her no-nonsense friend, Cassandra McNabb, white witch and clairvoyant with a penchant for wearing scarves (and lots of them) and Angus McPherson, dyed-in-the-wool Scot (which means he hunts ghosts in a kilt) to fight the vicious ghost who has vowed that she will rest at nothing to kill the true, abiding love of the master of Penmort.

In Isabella Austin Evangelista’s life miracles never happen…she knows she’s destined to be the princess who’s stuck in the middle of a fairytale where there will be no happily ever after.

Once upon a time, Prentice Cameron loved Isabella Austin. Until he discovered she was a spoiled rich girl who spent her summers toying with his heart.

Life led Prentice to his own fairytale, the love of the full-of-life Fiona Sawyer. That being so, that fairytale was torn away when Fiona died leaving Prentice with a house to keep clean, piles of laundry to be done, a business to run and two children who were getting tired of takeaway.

But Isabella comes back to Prentice’s tiny fishing town and she sweeps into his children’s lives like a beautiful, well-dressed fairy godmother who bakes exquisite chocolate cakes and gives the perfect manicure to six-year-old girls. Then Prentice finds out Isabella’s soul-destroying secrets, secrets that explain why she left him so many years ago.

Fiona, stuck in her village and forced to haunt her family and watch Prentice and Isabella’s crazy dance, finds the impossible happening. She’s cheering for Bella and Prentice to rekindle their love. Then she finds out why she’s caught in her heartbreaking haunting and discovers she must embrace her magic and keep Bella safe or Bella’s fairytale will never come true. 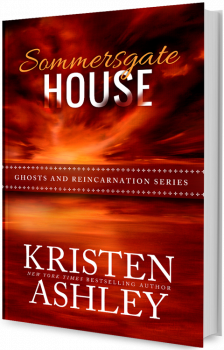 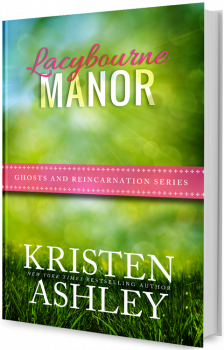 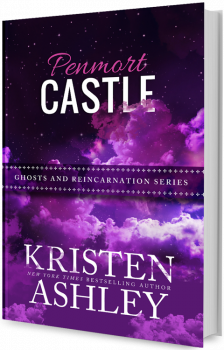 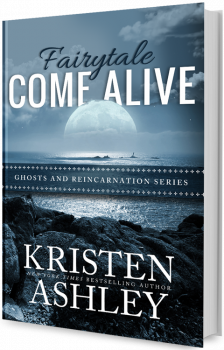