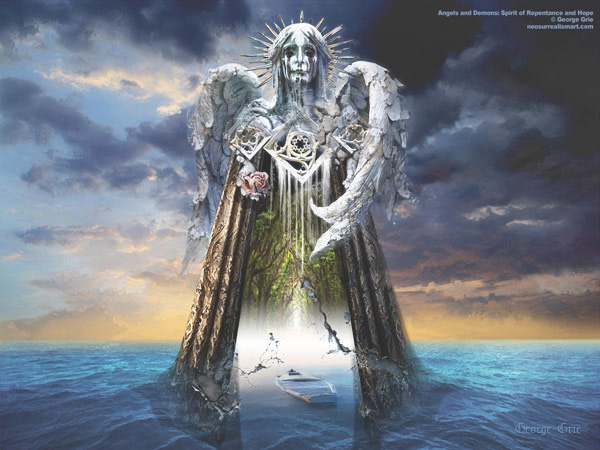 If you follow me on social media, you know I just finished the new fantasy series I’ve written for an Audible exclusive. This was months of being in a deep dive of world building where pretty much anything can happen, I just had to keep track of every, single nuance of it.

And now it’s done. The last book in that four-part series.

It wrecked me worse than any book I’ve written wrecked me and a fair few of my books put me through the wringer (read: pretty much all of them).

You see, I pour myself into my books. I giggle myself sick at my character’s antics. I cry my eyes out when life kicks them in the teeth. As I’m typing, I make the faces they make that I describe in my books. I exclaim the words that come out of their mouths when they get surprised.

But this one was responsible for the demise of two boxes of tissue.

Always, it comes easy. The words flow out of me.

Usually it happens about two-thirds or three-quarters of the way into writing a book. That two, three, four, five chapters where my fingers slow and my mind wanders, and I…just…can’t.

Every word I write is rubbish. The whole book is a disaster. What am I doing? What am I writing? Why am I writing? This has all been a fluke. It’s going to come crashing down with this one book and I’m going to have to get a job as a waitress in a Harley bar or I’m going to have to sell my house and Starla and me will live in the back of the bakery that I’ll have to open (I always fancy one of these two things will be what I’d do if I wasn’t writing, I’m sure this comes as no surprise).

The last entire book of The Rising series was one huge 140,000-word snag.

The end is nigh for me. When I have to say goodbye. When I will never, ever be in that book with those characters in that way again.

I could write a short story. A novella. A spin-off.

But never again that immersion.

Oh, when they first meet.

And their first argument.

When he says words to hurt her.

When he does something melty to balm that pain.

When she pushes him away.

When he shows her why she should let him in.

The adventures and the closeness forming, and the days pass where the history they’re creating builds the foundation they’ll need for about eighteen thousand tomorrows…

I hit The Snag because I’ll never be in that. I know I’ll soon have to say goodbye to all of that.

And I don’t want to let go.

This last book in The Rising took a month to write and it was a month of that struggle.

I hate to let go.

I hate to say goodbye.

I detest The Snag which is indication that’s going to happen and there’s nothing I can do to stop it no matter how hard my brain works to do just that.

And then the final two, three, four chapters fly like lightning from my fingertips. It’s all about the HEA. My entire being becomes a drive to getting them safe. Secure. Settled.

And then…getting them to you.

This is the agony and the ecstasy, all at the same time.

How lucky am I? I don’t leave my chair, and I go on mad, wild, phenomenal adventures. I live and breathe for it. It’s worth every tissue. Every frustration. Every doubt.

And I’m delighted, after living the drama of that series since I started it last November (the concept of which I’ve never tried before, but that particular set of books has been begging me to tell their tale for a good long time), that it’s done.

I’m going to miss it. I’m gonna miss Mars and his Silence, Cassius and his Elena, Aramus and his Ha-Lah, True and his Farah – and all that came with them like I miss all my babies. Miss being in their lives. Immersed in their worlds.

Man, am I gonna miss it…