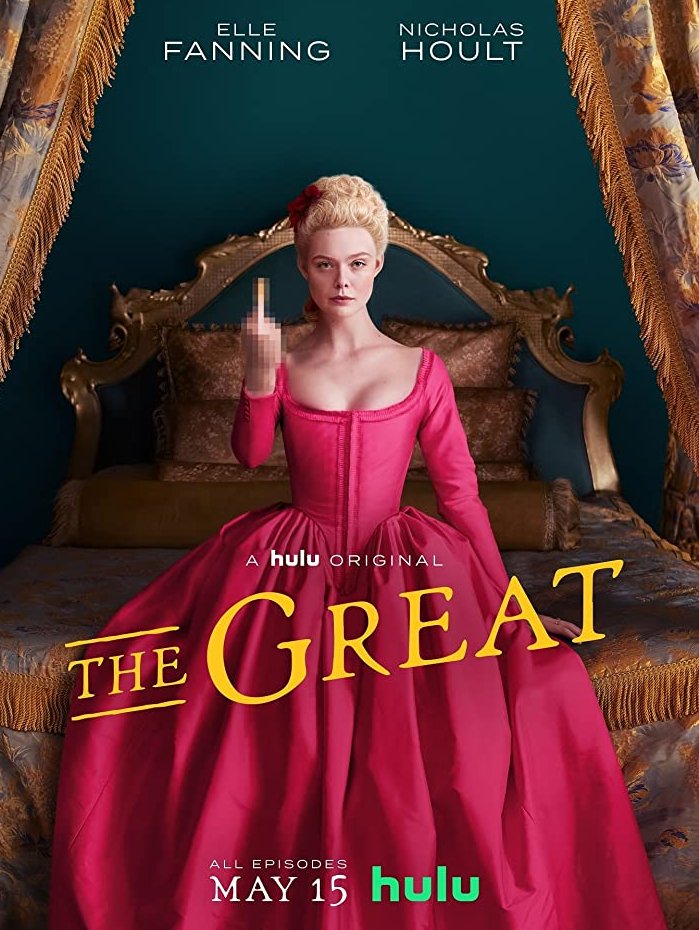 Welcome to my Best of… monthly blog where I’m gonna share with you all the adventures I took that month, even if those adventures happened on my couch.

And spoiler alert: a lot of them happened on my couch. Or in my reading chair. Or…other.

Totally stealing Lorelei James’s awesome idea, get ready to read regularly about all I read, watched, cooked and other little ditties that made my month fab.

Shockingly, in looking back for this blog, I did a ton in January and I love it! After a year where it seemed my life revolved around Netflix, it was frakking awesome to say good-bye to 2020, which I’m pretty sure we all can agree sucked…

But here we are, settling into 2021, and I for one am taking a huge-ass breath, doing my best to stop the negative in its tracks, most especially in my mind (and social media feeds, and my life) and refocusing on the possibility that life is good.

I’ll start with the fact that, after years of struggling with finding the time, I’m reading again. Not like I used to (I was one of those 2, 3, 4, 5 books a week person), but I’m stepping away from camping out in front of the telly and instead finding various reading nooks in my house (so far, I have three: bedroom reading chair, couch in front of the fire, and bed) and diving into books.

Now, Chicklets, for years, I’d been hearing about the Court series by Sarah J. Maas, and as a fantasy romance lover, I’d been dying to dive in.

So, here’s me, at Barnes and Noble, and I saw these bright colored books on a table by the door. They were the Courts. I group-texted a picture of them to my girlies who’d read them and asked, Should I…? My phone blew up with the varied versions of Yes!!!!

Say no more, I grabbed the lot. Then I jumped into A Court of Thorns and Roses and A Court of Mist and Fury (and am now reading A Court of Wings and Ruin).

Now, there are things that don’t live up to the hype.

This series is not one of those things.

This is written so danged beautifully, I’m half-convinced this world actually exists. I want to find holes in Maas’s world-building, they just aren’t there (so, does this world exist? And if it does, can I have Azriel, or Cassian, no, Rhys…shh, I know they belong to others (or, at this point in my reading, are destined for others, and I don’t want to get in Nesta’s way, for certain), but a girl can dream).

I don’t want to say a word more about these books, because if you haven’t read them, you need to (and the next is coming out in a few days, hip, hip, hooray!). And if I said anything, I might spoil it, even minutely, and that would be a huge bummer. Nothing should be spoiled in these books. NOTHING!

In other words: Read…these…books. I can’t say enough. They are amazing!

Onward on the book front…

Let me preface this by sharing that I started this non-negotiable (unless I’m traveling, I do not miss it, in fact, I set my alarm very early in the morning to get my ass out of bed and give myself time to do it) morning ritual. I began doing it last September, when the pandemic and the weight of 2020 was dragging me into a blue period that I could not shake. I was gaining tons of weight, sleeping too much, struggling to get out of bed, and my sedentariness was affecting my body in ways that brought aches and pains and a fitness level I was so not okay with.

I needed to shake my shit up.

Starting with this ritual.

It includes first-thing-in-the-morning (after feeding Starla and grabbing some coffee and a DC) meditation, a tarot-guided journaling session that includes finding at least three things I’m grateful for and reading ten pages of a book that will expand something…my knowledge, my understanding, my concept of health—just my mind. This might not be enjoyable reading, but I’ve decided to find ways to learn and/or understand our world in its myriad of facets a little better. And since I’ve done this, I’ve read books on the 6 mandalas of health, modern witchcraft and what Oprah knows for sure.

In January, I finished Stamped from the Beginning by Ibram X. Kendi. A National Book Award winner, a friend gave this to me in a book exchange (I bought her The Hate U Give, she gave me Stamped). It’s a lot, it’s difficult to read (not the writing of it, the consumption of the material), Dr. Kendi’s command of the English language is perhaps the most impressive I’ve ever read, which had me looking up a ton of words (something in and of itself that gave me something crucial), and most of all, this shed light on history in a way I’d never learned it. This is not enjoyable reading, not by a long shot, but I recommend reading it. Absolutely.

Onward from that, as mentioned among my morning ritual, I do a variety of guided mediations (I jump between the Insight Timer and Calm meditation apps on my phone). And in doing this, I’ve run into some series that have blown my flipping mind and helped so very tremendously in understanding me, this world, my place in it, settling into a more positive outlook, giving myself a break, cutting myself some slack, and more, doing the same for those around me.

I gotta tell you, I am not a still person. My mind races and I am very driven. I have woken up every morning, probably for the past thirty years, with the unadulterated concept of go-go-GO. Get shit done. Build a to-do list and tackle it (and then the crash and burn when I cannot do all the things I’ve told myself to do, but that’s another blog).

Taking ten to twenty minutes every morning to be still, well, this concept was crazy foreign to me. And frankly, a little scary. Mostly because I knew I’d suck at it.

But it changed my life.

So in these Best ofs… I’ll share with you the guided meditations I did that I dug that month. And Insight Timer’s “Let Go of Perfectionism” did it for me in January. I can’t say it was strong throughout each session, but there were several sessions that had me reeling…in a good way (one where I wept through it as I discovered a part of me that I didn’t know was there, but one that needed me to get it, and boy, did I get it!).

If you haven’t started meditating, this series is not one I’d start with (try one or two of the learning-to-meditate series first, the one on Calm is my preferred one). But if you have meditated, then you should give this one a go.

And as an aside, meditation is not that hokey bullshit you see people making fun of in movies and on TV. And you are not a failure at it if you can’t completely still your mind, suspend feeling your emotions and stop your thoughts (in fact, most people can’t, and don’t, and it takes meditation practice for years and years to get into spaces you can do this). There might be some visualization exercises in some guided series. But for the most part, its learning to slow your mind way the fuck down and connect with yourself in significant ways.

Honest to God, as I said above, it’s changed my life.

I found myself one day in January driving around, doing errands, listening to Sirius, and I heard that Flea (from the Red Hot Chili Peppers) was bummed that people didn’t listen to albums anymore. They downloaded songs (guilty!) but the fullness of an album, the story it tells, is lost these days.

First, this made me think I desperately need a turntable (because my mind will 100% go to shopping in any situation).

Then, it made me think I needed to start experiencing full albums again.

And man, I forgot how rich an album experience is. How it opens up an artist or group in ways that are so unexpected when you are not just experiencing the popular, the “hit,” but the depth of their work.

I can’t say I was blown away by Vampire Weekend (but I’m going to try more). Hozier, though, man…he’s the shit.

So…totally…continuing…to do this (and buying a turntable, ahem).

And as I listen to these albums, I normally cook. And the big mind-blowing recipes I discovered in January were Chocolate Peanut Butter Chili (definitely pop a dollop of lime crema on top of this, so freaking good, and I have an amazing chili recipe, but this one-ups it big time).

I also made your average, everyday chocolate chip cookies, but I sprinkled a hefty pinch of fleur de sel on top. Now, fleur de sel ain’t cheap. That said, you barely use any when you use it for fancy stuff like this. And the results are everything (not a surprise, my morning reading right now is Salt, Fat, Acid, Heat, which I’ll discuss in next month’s blog).

And my last big deal for January was that my girl L suggested we both do Yoga with Adriene’s 30-Day Challenge on YouTube. I was all in for kicking 2020 to the curb and greeting 2021 with adventure, especially one that would get my ass off the couch, so even though I struggle mightily with daily activity (and hate to work out), I said sure.

The result of this is that every day (still), I do Yoga with Adriene. If I don’t feel good, or my mood is in the crapper (say, January 6 and its aftermath), I don’t. And I give myself permission not to.

But this also became a (somewhat) non-negotiable thing, and it has had a huge impact on my life.

I love Adriene. Yoga is one of the only types of exercise (outside walking) that I dig. And making time every day for this has changed a lot for me, and I’m not just talking about my body. I’m talking about the magnificent shit it does for my peace of mind. Her 30-Day Challenge is still up on YouTube, you can subscribe to her channel, you can get her newsletter every Sunday…in other words, you can be an Adriene devotee just like me.

Seriously, give it a go.

Oh, and maybe not as importantly, but still a fun side effect, doing this regularly means I get to buy new yoga clothes.

Last, I’ll throw a quick recap of the best TV I watched at you. Because this pandemic still has us in its thrall, and even if I’m stepping away from the “the opiate of the masses” (as Tully’s mom called it in “Firefly Lane,” a quote I thought was hilarious, but also kinda true, eek!), sometimes that’s the only way to go.

I hope you had many adventures in your January…and are still having them.

Coming up for February: my trip to Denver, the inaugural Cooking Club, and tons more!

Keep on keeping on, my Chicklets.