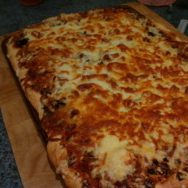 “Rain check,” he told the faucet, not even looking at me, and I was immensely disappointed. So much so I felt it crushing my chest at the same time I was relieved, because his answer meant all was right in Mara World.

Then he continued talking, making Mara World rock on its foundations.

“Knock on my door when you’re makin’ your barbeque chicken pizza.”

Then I breathed, “What?”

“Derek tells me it’s the shit.”

They talked about me?

Why would they do that?

His head tipped back and his eyes hit mine. “Derek tells me your barbeque chicken pizza is the shit,” he repeated and explained, “as in, really fuckin’ good.”

Derek was right. It was really good. I made my own pizza dough and marinated the chicken in barbeque sauce all day and everything. It was awesome. 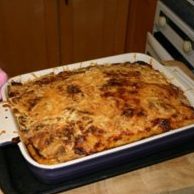